Before social media, marketing communications was a relatively stable and predictable business; the traditional approaches generally worked, keeping advertisers and PR managers satisfied. The emergence of social media has flipped the marketing world on its head. Suddenly, businesses start questioning whether social media is the best channel, as so many suggest, to reach consumers.

At Otago Polytechnic (Auckland campus) I taught marketing courses. The entire point was to get my students to develop a habit to scan everything when it comes to marketing – from a company’s day-to-day operation to its social media presence. As you may guess, social media remains one of the most popular topics in my classes. From my students’ perspectives, business on social platforms should be working towards one big idea – building a community. The idea isn’t new. However, whether businesses are capable of building a community on social media or not is debatable.

In a publication by Harvard Business Review, Henry Mintzberg advised, “If you want to understand the difference between a network and a community, ask your Facebook friends to help paint your house” (2015). There is also no agreement between academic and marketing practitioners regarding whether brand communities emerging on social media should be seen and treated in the same way as traditional (face-to-face) ones.

It seems that Giapo Ice Cream shop and Mr Vintage t-shirt company (Auckland) are not aware of this debate. They somehow know how to develop a highly participative brand fellowship off and on social media. This is what my research participants say about them:

He [Giapo] has created his following, and the other day he is like ‘ok, I need feijoa leaves; who’s got feijoa leaves?’ and everybody offered feijoa leaves, and he got them for free. This way he has made Twitter feel like they are a part of his endeavour. (*feijoa – an evergreen shrub or small tree that bears edible green fruit resembling guavas. It is native to tropical South America and cultivated in New Zealand for its fruit).

Mr. Vintage has done a really good job building a brand around themselves as a cheeky kind of company that uses the community they’ve created really well… they’re always producing t-shirts that people have suggested.

If you still think that all electronic devices can do is to put people in touch with a keyboard, ask your Facebook friends to help you with your house renovation. I’m sure they will.

This site uses Akismet to reduce spam. Learn how your comment data is processed.

Social distancing is not a hard thing to do, reall

My reality for the next four weeks 😀 #gettingre 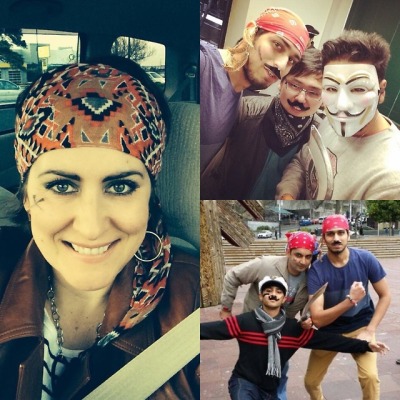